Ruth Adams with her chute posing in front of a C-47 before ferrying it to another base. Courtesy of the American Legacy Museum [/caption]

“I’m a fairly cautious person. I remember the first time it crossed my mind that anyone would be interested in flying besides those men out there. A couple of girls that I knew…said, ‘We want to be flyers when we grow up.’ And my response was, I was fourteen, fifteen, I wasn’t—I thought, what a dumb idea. It’s dangerous.”

That was Ruth Adams’ earliest recollection about flying, and few impressions could prove more comically inverse. For Ruth, who would one day find herself piloting a “dangerous” vessel thousands of feet above the ground, the journey from a safe college life to the cockpit of a plane was one that wound through a maze of personal difficulties, preconceptions and fears. It was also one that would leave her with the courage and skill set to pursue her most daunting ambitions and start over again and again with startling success.

Born in Ohio in 1917 to George Dana and Pearl Adams, Ruth’s childhood in the Cleveland area was beset by obstacles. Although her family lived in an upper class neighborhood, the family was relatively poor and Ruth and her sister were just two of just a few neighborhood children who did not attend a private school. A tomboy who rarely mixed with her community peers socially, Ruth suffered from a form of dyslexia that prevented her from reading until she was in the third grade; “…I was convinced I was stupid. I read a lot because I was rather isolated. The boys wouldn’t let me play with them because I grew up in an upper class neighborhood.”

Things began to change for Ruth in her late teens, as she began to feel more assertive and comfortable with her unique skills. Having played baseball as a hobby for many years, Ruth found an opportunity to prove herself and shatter expectations when she and a friend happened upon a boys' baseball game during summer camp. As she watched the boys show off their prowess on the field, she felt a resentment build within her. She knew she could play just as good as them. Boldly, she decided to make her move. She recalled, “I said timidly, pretending to be a timid girl, ‘Can I play? Will you let me try it?’ And they said ‘Alright, let her try it.’” She asked the boys to “throw her an easy one” and proceeded to hit the ball out of the field, never to be found again. “They had no business showing off like that and expect[ing] me just to stand there wide-eyed and admiring. And I thought, the hell with that, you know. Why can’t girls do anything?”

Ruth’s streak of courage faltered at times in the face of air travel. Although her attitude had softened somewhat toward flying as she grew older, an incident during the Chicago World’s Fair in 1933 gave her a serious scare. Her family had flown to Chicago for the Fair and were enjoying sightseeing around the city just a day later when they learned that the plane they had traveled on had crashed in a bout of harsh wind over Lake Michigan. Once again in Ruth’s mind, flying was crossed with an unmistakable aura of danger.

After graduation from high school Ruth moved on to study at Wellesley College, earning her undergraduate degree in Art History in 1939. In Boston she found work as a research assistant at the city’s Museum of Fine Arts and was confronted by another chance encounter with planes. On the way back from visiting a friend out of town, a roadside school caught her attention with its advertisement for five dollar and under flying lessons:  “But I thought, oh, that dumb stuff, and went by.  I was saying disparaging things to myself. Five miles beyond that I decided, ‘are you afraid to go up?’ And I said, ‘Well, I will just see if I was afraid.’ And I turned around.” Ruth signed up for lessons with the school, practicing in an open cockpit biplane, and found to her surprise that she wasn’t afraid of flying at all. As she recalled, “It was simply an interesting sensation, and also intellectually appealed to me. Things looked so different. So, I liked it so much that I would take myself—it was near Worcester and I would go all the way out there…Then I thought, well maybe this is something I could do, because I was very dissatisfied.”

With a growing ambition to be a professional pilot, Ruth investigated the possibility of enrolling in a flight school run by pilot and future WASP executive Nancy Love. With lessons at the school running up to $2000, she decided against enrolling; however, before long she heard about the new Civilian Pilot Training Program. As a college graduate, Adams only had to pay the registration fee at Northeastern University and after a string of free flying lessons she received her private pilot’s license. “Of course it was kind of fun and I enjoyed it and that’s where I discovered that I was a really good flyer,” she remembered many years later. As a licensed pilot, Ruth continued to take lessons, hoping to log the requisite 500 hours to join the Women’s Auxiliary Ferrying Squadron (WAFS). Her plans changed when she heard about the WASP program, which required applicants to log less hours. She applied quickly, and after a successful interview, she was accepted.

Landing in class 44-W-2, Ruth left for training in Sweetwater, Texas. Life as a trainee presented its own set of challenges but Ruth was determined to succeed, sometimes too her own detriment; her eagerness to follow an instructor’s comments about head movements to a literal degree resulted in the man failing her during a test ride. Fortunately, she persisted in retaking tests and absorbing in-flight lessons, eventually becoming glowingly proficient in basic flight as well as acrobatics and navigation.

Ruth’s dyslexia, which caused her to transpose numbers and letters and often painstakingly slowed her reading abilities, was another hurdle. While flying she learned that her condition, which had long been an embarrassment to her, could be navigated around with enough willpower and creativity. “I’ll tell you that flying gave me a lot of courage because I found that I could read all of the instruments on the dashboard,” She recounted. “Of course we learned where to focus, and to focus fast, but nevertheless by the time I was doing pursuit, or even at the AT-6, there were a fair number of instruments to take in at a glance. I thought if I could do that then I’m a pretty good flyer. I think that I could do anything if I really pay attention and try to learn it.”

After graduating from WASP training in March 1944, Ruth was assigned to Ferry Command at New Castle Army Base in Wilmington, Delaware, later moving to take up a place in pursuit school in Brownsville, Texas. “[In] Brownsville…I was always afraid I’d wash out. I’d do something dumb and wash out,” remembered Ruth, who added “I didn’t at Sweetwater, but when I got to Brownsville I was flying in the backseat of the AT-6…for the first two weeks, and then the next two weeks we just flew various pursuit planes. At first oh, P-39, and then the King Cobra, and then the P-40, and the P-47.” Ruth may have been nervous about passing her courses, but time would prove her fears unfounded, as she was the only woman in her bay to pass primary training.

On duty as a ferrying pilot, Ruth not only loved flying but found herself impassioned about her role in the war effort; “I hated Hitler and really wanted to see us win this war. I had political orientations from the time I was an analyst.” As many of her WASP peers also learned, flying was a dangerous and unpredictable job, even outside of combat. Ruth's experienced this first hand when a UC-78 plane she was flying began to emit copious smoke mid-flight, forcing Ruth and her co-pilot Esther Manning Shively to make an emergency landing in a farm field. A further investigation showed that defective wiring insulation had caused the landing gear to burn. Both women where cleared of any responsibility, but the incident recalled that upsetting moment Ruth experienced years ago at the World’s Fair. “I think I could have gotten killed easily,” she remarked. “I think I’m lucky I didn’t…I’m very lucky. [I was] relatively inexperienced. I did everything by the book pretty much. And I was careful. I had to be because I was afraid of things.”

By October of 1944 the WASP program was officially disbanded, but contrary to the abject disappointment experienced by many women in the organization, Ruth viewed the end of her WASP career with more relief than anger; “…when we were deactivated I wasn’t of two minds. The goddamn planes could kill me, or I could kill myself, you know, by doing something dumb. And so I think my main feeling, about sixty percent of me, was glad that I had made it and was still alive.”

Ruth may have had misgivings about flying, but she hoped to continue her career as a pilot even after she retired her WASP uniform. Despite her efforts to secure a job in the field, she was faced with the post-war reality of an America that was less than ready to see a woman at the helm of a plane, in a commercial sense at least. After a meeting with a business head about a potential job flying the company's planes, Ruth remembers the man “…looking me up and down like a piece of meat. You know, particularly my legs…He told me he didn’t think that the officers of the company would be comfortable flying with a woman. And that was the end of that.”

While Ruth continued to pilot Cubs on occasion and even took helicopter lessons at one point, flying was no longer a viable career path for the former WASP. She took a several jobs in New York, first as a welder and later as an electrical technician, where her WASP credentials were a definite advantage; “They were very impressed. They really hired me because I was a WASP I think. An ex-WASP. That made me very attractive to them.”

When a psychiatrist she was seeing suggested that Ruth pursue a job in the medical field, the former pilot embarked on a career that would dominate the rest of her life. After gaining admission to NYU's prestigious medical program, she studied hard and rose to the top of her class. After finishing her studies in psychiatry, Ruth went on to practice at New York’s William Alanson White Psychiatric Institute as well as the Youth Authority of the City of New York, where she worked extensively with young patients. In the early 1970s she relocated to California to be near family and settled in Oakland where she served as a psychiatrist for the Alameda County emergency juvenile psychiatric facility.

On December 16, 2005, Ruth, who had retired nearly twenty years earlier and had devoted her later years to painting and sculpting, died suddenly after suffering a massive stroke. A self-proclaimed “independent” woman to the end, Ruth's inspiring career and service to her country and to the medical health profession are enduring reminders of the power of a woman determined to pursue her own goals as well as rise above adversity in any time period. For Ruth, whose courage was outstanding even in the face of perilous flying conditions, dramatic career changes, personal disadvantages, fear was never enough to keep her down. 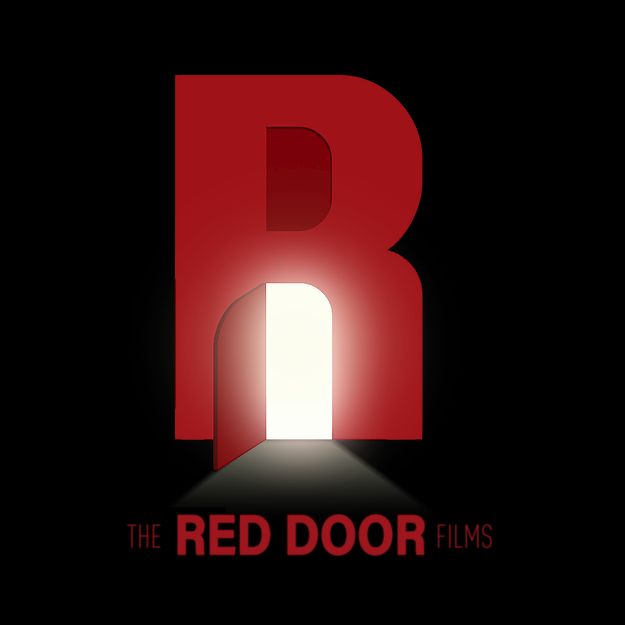 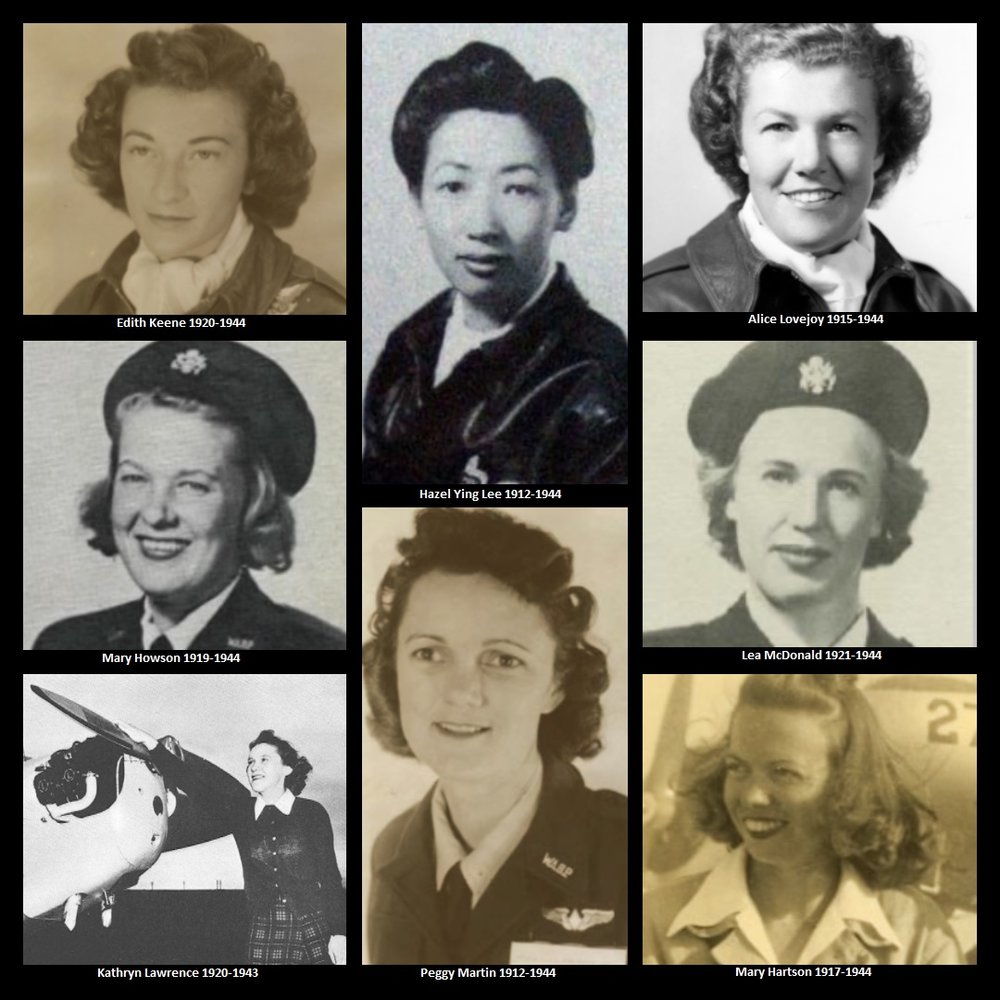